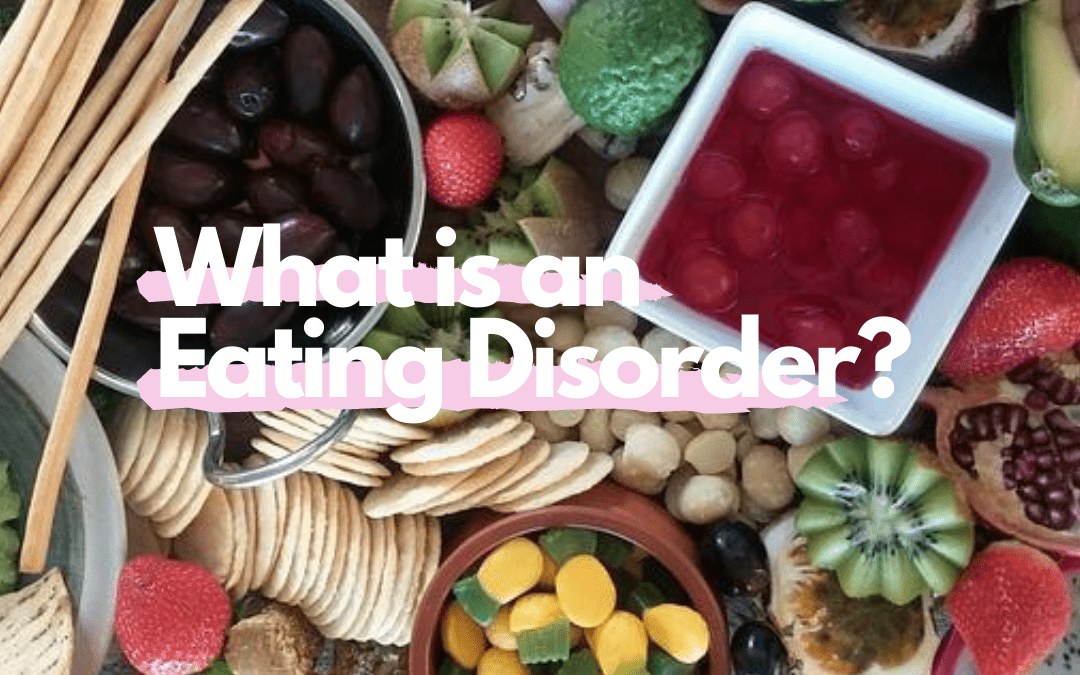 Hello and welcome back to my blog.

For the month of August, I will be raising awareness on Eating Disorders.

Here are some of the most common Eating Disorders:

Anorexia nervosa is an eating disorder characterized by weight loss, difficulties maintaining an appropriate body weight for height, age, and stature; and, in many individuals, distorted body image. People with anorexia generally restrict the number of calories and the types of food they eat. Some people with the disorder also exercise compulsively, purge via vomiting and laxatives, and/or binge eat.

Bulimia nervosa is a serious, potentially life-threatening eating disorder characterized by a cycle of bingeing and compensatory behaviors such as self-induced vomiting designed to undo or compensate for the effects of binge eating.

Binge eating disorder (BED) is a severe, life-threatening, and treatable eating disorder characterized by recurrent episodes of eating large quantities of food (often very quickly and to the point of discomfort); a feeling of a loss of control during the binge; experiencing shame, distress or guilt afterwards; and not regularly using unhealthy compensatory measures (e.g., purging) to counter the binge eating.

4. Other Specified Feeding and Eating Disorders

Formerly known as EDNOS (Eating Disorder Not Otherwise Specified). This category was developed as a means to encompass the many individuals who do not meet the strict diagnostic criteria for the above mentioned eating disorders but rather may seem to vacillate between them at different stages of their illness.

Although not a formal diagnosis Orthorexia is being recognized as an emerging eating disorder in which the individual is overly obsessed with healthy or whole foods. This obsession is not merely a healthy lifestyle choice rather it begins to consume the individual and their life becomes unmanageable because of it. Unlike most eating disorder Orthorexia is mostly concerned with food quality not quantity. The healthy food obsession is not always due to a desire to control ones weight rather it may be an obsession with the ‘purity’ or ‘cleanliness’ of the food they put in their body.

Healthy eating can lead to major improvements in health and well-being, however, for those who develop Orthorexia the control and rigidity around their diet can be damaging.

Eating Disorders are NOT!

Anorexia Nervosa is the mental illness with the highest mortality rate!!!

If you are or know of any suffering from any of the above disorders, please get in touch!